Why We Give: CFB/ASU Montreal hosts inaugural Terry Fox Run 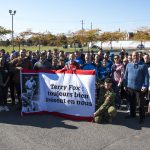 Over 70 participants gathered at the base’s Sports Centre on the cool, sunny autumn day to run or walk the two planned courses; one of six kilometres and one of 10 kilometres. Military and civilian members of the Defence Team assembled to honour the memory of Terry Fox, who began his “Marathon of Hope” in 1980 after losing his leg to cancer.

Mr. Peter Sheremeta, the Quebec Provincial Director of the Terry Fox Foundation, noted before the run, “Canada’s military has supported Terry’s dream of a world without cancer for years.” He expressed his thanks to the Personnel Support Program (PSP) staff and military leadership for inviting him to participate.

Lieutenant-Colonel Jeremy Lajeunesse, 2nd Canadian Division Support Group (2 CDSG) Deputy Commander, also offered his remarks before the run. He said: “Terry’s message of hope, as well as his values of determination, courage, and compassion are shared by the 2nd Canadian Division and the entire Canadian Armed Forces family. His story motivates us, and athletes all across the country, to challenge our limits.”

Indeed, the evidence of this motivation was in full force that day, as even injured attendees enthusiastically walked one of the two courses. Smiles permeated the faces of the participants as they toured the north side of the garrison, finding satisfaction in the knowledge that each step they took would propel the foundation ever closer to finding a cure.

The event was a resounding success, and a promising beginning to what is likely to become an annual tradition at CFB/ASU Montréal. 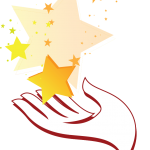