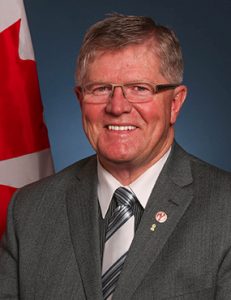 TheGunBlog.ca — Canada’s Bill C-71 moved closer to becoming a new law against hunters, farmers and sport shooters after passing a second vote in the Senate. Senator Don Plett called it “useless legislation” based on “faulty logic and phony statistics” in a sweeping and devastating takedown of the pending legislation.

The bill passed the second of three readings with 50 senators voting in favour and 33 against, according to the transcript of last night’s proceedings in Ottawa. It will now be reviewed by the Standing Senate Committee on National Security and Defence, known internally as SECD.

Plett’s 4,800-word critique of Bill C-71 stands as one of the most comprehensive and hard-hitting attacks on the draft text since the Liberal Party government of Prime Minister Justin Trudeau proposed it in March. Senator David Richards also blasted the plan as an “utter bureaucratic mendacity.”

Plett, who is on the SECD committee for the opposition Conservative Party, said the bill provides “false comfort” to people who dislike guns and “fails miserably” to improve public safety. He criticized the Liberals for pretending Bill C-71 responds to rising crime, even though many of its elements were pitched during the 2015 election campaign as crime rates sank to their lowest levels in decades.

“The determination of the Liberals to re-implement gun control has nothing to do with an increase in homicides or gun crime,” Plett told the Senate. “When it comes to gun control, they do not care if the numbers are going up or down or moving at all. They are determined to push this useless legislation through because they are playing a political game instead of addressing the real issues.”

“That, my friends, is tragic,” Plett said. ”Canadians are being manipulated and fed false information in order to shore up support for this bill.”

#BillC71 will NOT increase public safety, will NOT reduce
gun crime, and will NOT save lives. Rather, it actually HINDERS progress by
giving the illusion that government is addressing the problem when they are completely missing the mark. #cdnpoli https://t.co/BcTGtpfc2y

A public-relations firm that advises the government has said new restrictions on federally licensed gun owners present an “untapped opportunity” for Trudeau and the Liberals to win votes in next year’s election.

The bill went to the Senate in September and could pass in the Senate this winter, Senator André Pratte, the sponsor of Bill C-71 in the upper chamber of parliament, told CTV News last week.

Pratte, who has asked his colleagues to consider all sides, joined other supporters of the planned law in questioning Plett last night. Most senators who have taken the floor have spoken in favour.

Bill C-71 would immediately prohibit and eventually confiscate rifles from as many as 15,000 lawful owners and require hunters, farmers and sport shooters to get new police permissions to buy, sell or transport firearms. It would also make it harder for honest shooters to get and keep a firearm licence.

In addition to Bill C-71, Trudeau is considering a “full ban” on handguns owned by recreational shooters and competitors, marking all firearms in a way that links them to their owners and phasing out lead in ammunition. 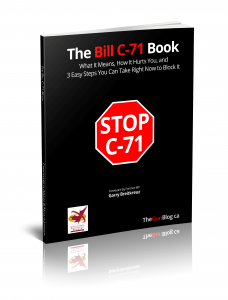 “This utter bureaucratic mendacity is just one more way to target those who don’t need to be targeted, for some have come to believe that guns are bad even in the hands of good and decent people,” David Richards, a non-affiliated senator on the National Security and Defence committee, told the Senate in reference to Bill C-71.

“This law is in fact a solution looking for a problem,” said Richards. “The problem that exists cannot and will not be solved by this solution.”

Students get a sneak peek of their ...